mountain activities for young and old …

Bavella is a great wonder of Southern Corsica. This grandiose site alone sums up the peculiarities of the relief of the island.
The needles have amazing shapes and colors ranging from the lightest red to the darkest gray, all sprinkled with immense forests.

The Bavella needles form an impressive massif of pinnacles carved from red granite. The Bavella pass (1,243 m) is considered the most beautiful in Corsica by the extent and richness of its panorama.
The Bavella massif is made up of a laricio pine forest on the heights, maritime pines and lower oaks, to which cedars and chestnuts have been added since the sixties to the son of reforestation which followed successive fires.

Ideally located in the heart of the Regional Natural Park of Corsica, the Bavella site is a territory for discovering unspoiled nature.
Corsica being an island, its fauna and flora are relatively protected from external influences. There are thus many endemic species, that is to say, which do not exist anywhere else.
At the bend of the paths, you will surely come across these rare species. They are protected. Do not pick them, do not disturb them, observe, photograph… so that this wealth can continue to amaze nature lovers for a long time. 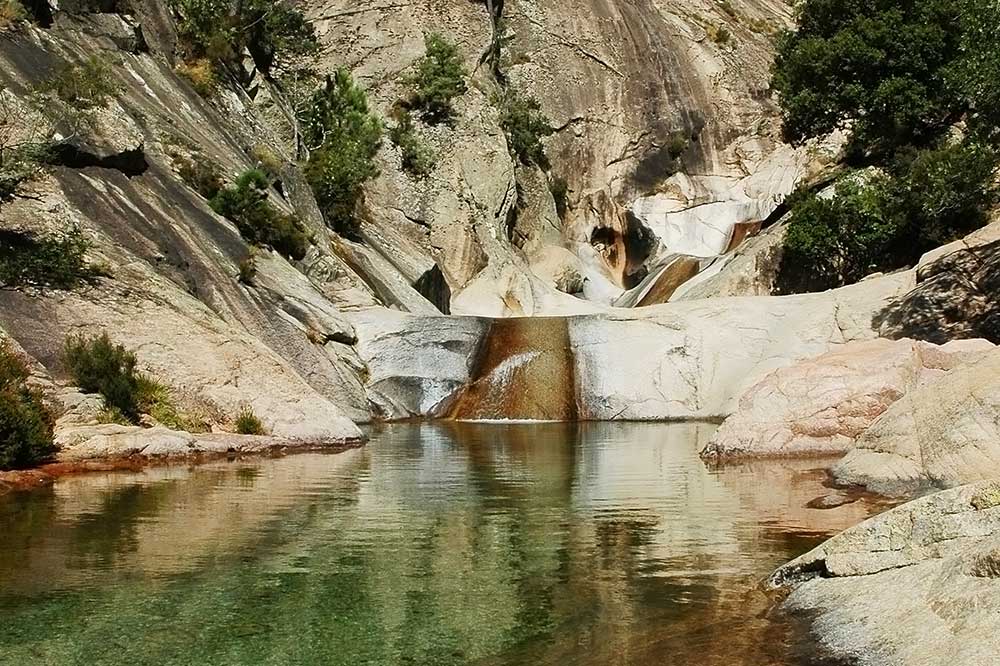 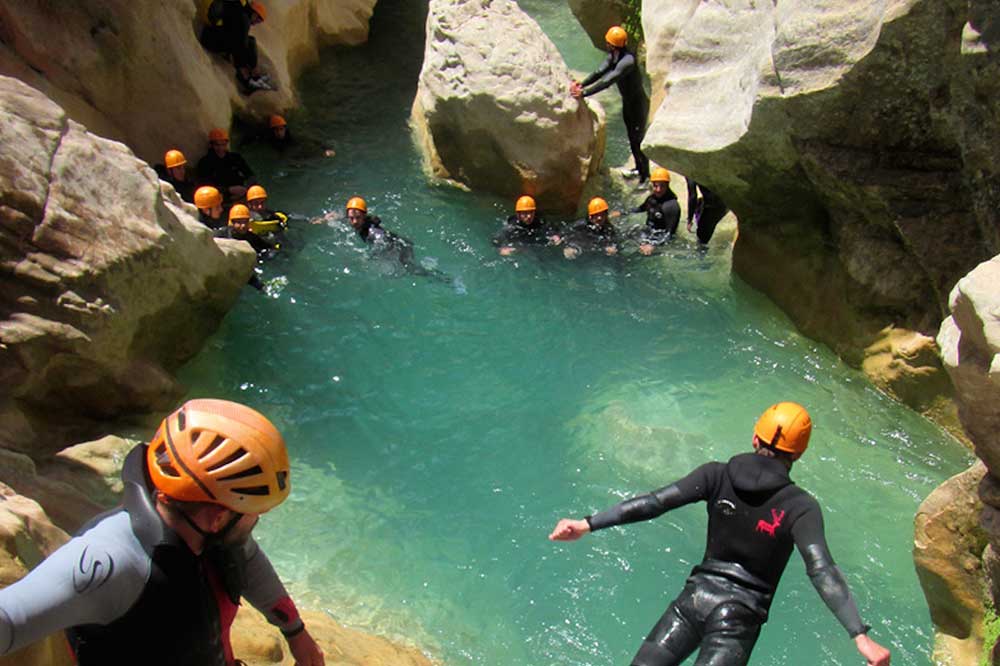 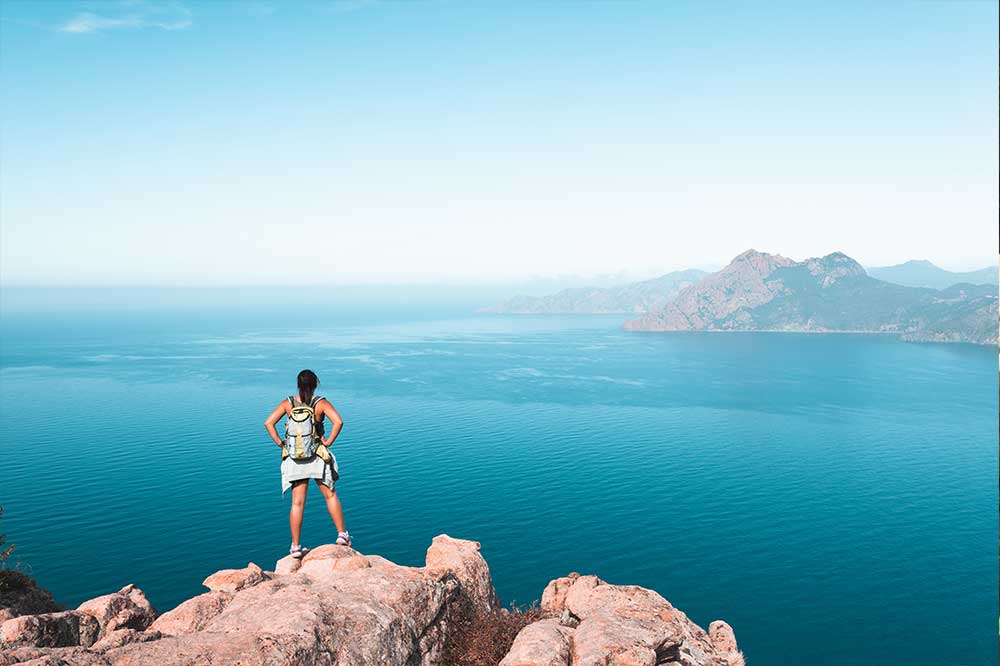 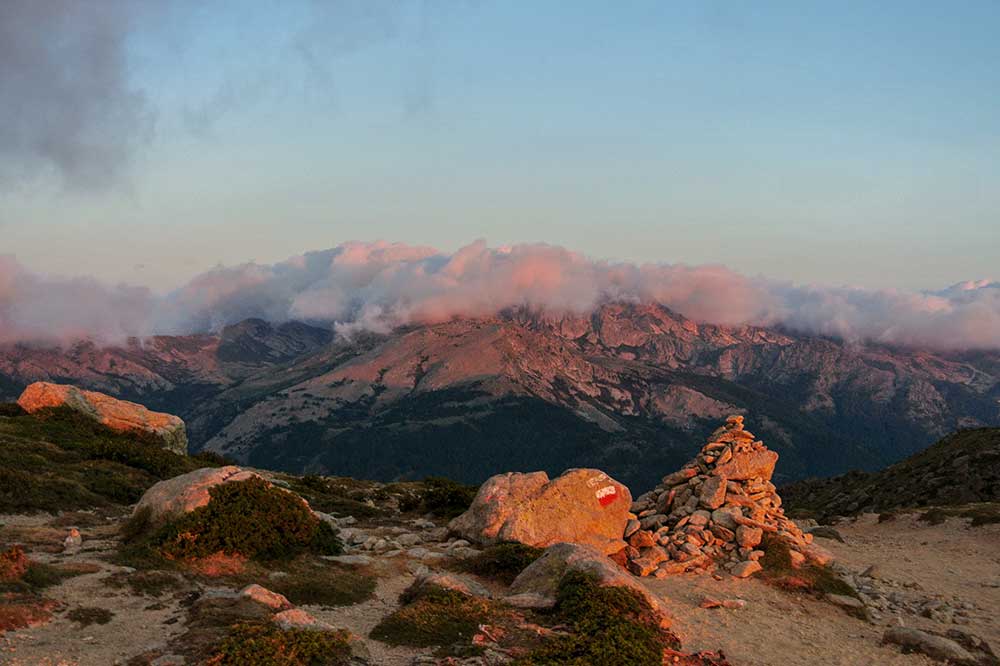 In the south-east of the island, on the GR 20 road, an adventure playground for athletes: walking, canonying, climbing, via ferrata …

The hike consists of two parts, north and south. Many hikers walk from north to south (“traditional” sense), but it is also very popular to go from south to north (“easier” sense). There are also several ways to follow the GR 20. You can very well do it in an “autonomous” spirit, by taking all the equipment with you (food, tent, kitchen equipment …) or in a “light” version, sleeping and eating in shelters or sheepfolds still inhabited by shepherds. It should be taken into account that the GR 20 crosses a regional park and that bivouacs are only authorized in specific areas near the refuges and at the foot of Monte Incudine on the Prati plateau at the site of an old refuge. Hence the concept of clearly defined stages; we don’t camp anywhere on the GR 20.

Note that only the Manganu, Matalza, Asinau (currently closed) and Paliri huts are located in Pumonti (“Au-Delà-des-Monts”), that is to say on the western side of the chain central (west of a line including Girolata and Sari-Solenzara), that overlooking the South Corsica. All the others are located in Cismonte (“En-Deçà-des-Monts”), that is to say on the Haute-Corse side (east of a line including Galéria and Solaro). Indeed, the refuges of Prati and d’Usciolu, although belonging to the municipalities of Palneca and Cozzano in Pumonti, are located on the eastern slope of the great ridge, dominating in fact the municipalities of Isolaccio-di-Fiumorbo and Chisa in Cismonte.

To discover the most beautiful basins in the best conditions, and go up streams safely without damaging a fragile ecosystem, it is best to contact professionals, whose list is found in tourist offices.